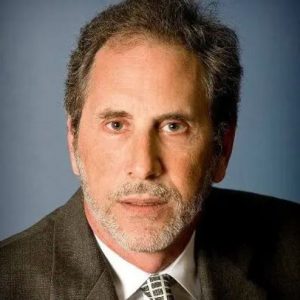 On Tuesday, he referred to Festus Keyamo, spokesperson for the All Progressives Congress (APC) Presidential Campaign Council and Minister of State for Labour & Employment, as “Mr Mugu,” literally setting the Nigerian Twitter realm on fire.

Mugu is a term used in pidgin to describe someone as unwise.

Guterman had reacted to Keyamo’s tweet on the viral video of Peter Obi, Presidential Candidate of the Labour Party, having one of his aides read out a WhatsApp broadcast against his Presidency.

“Shame on you Festus Keyamo,” he wrote.

In his response, the minister asked the American to stay away from Nigerian politics.

“Mr. Man @JeffreyGuterman, as a hired online mercenary without a Nigerian Permanent Voter’s Card (PVC), may I suggest you stay away from our local politics? I am under restraint from professional bodies to which I belong, hence I have not descended on you with the worst expletives,” he wrote.

Guterman then dropped the bomb.

“I will not stay away from Nigerian politics, Mr. Mugu @fkeyamo. #PeterObiForPresident,” he wrote.

Meanwhile, Nigerian Twitter users have taken to the internet space to express their opinions on this. Below are some of such comments:

@chukwuebuker wrote: “Don’t mind the Senior Advocate of Nonsense; he’s a shame to us all. Thank you. @JeffreyGuterman for all you do.”

@WazobiaUnited: “May Posterity favour you and yours Jeff. Lend your voice to a better Humanity. Nigerians appreciate your input. Don’t mind the Senior Advocate of Nuisance.”

@Nemonwa: “Is the Mr. Mugu for me. Don’t mind the Mugu claiming SAN”

When ‘Mr Mugu’ was trending at number one on Twitter, Guterman posted a screenshot and wrote, “Keep it trending