Festus Keyamo, the State’s Minister of Labour, has been ordered to be placed on a terror watch list by the federal government. 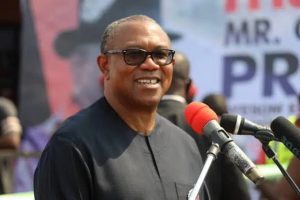 Abayomi Arabambi, the Labour Party’s spokesman, made the request in a statement released on Tuesday in response to accusations made by Keyamo against Peter Obi, the party’s presidential candidate.

Arambambi said the party considered Keyamo’s actions as not only deceitful but a subtle way to gain unmerited sympathy in their bogus attempt to soil Obi’s name.

He added: “Labour party considered this devilish act by the APC presidential spokesman as not only deceitful but a subtle way to gain unmerited sympathy in their bogus attempt at employing crude primitive tactics clandestinely in order to win the 2023 presidential election through fraudulent means

“Festus Keyamo’s provocative and highly disparaging insinuation against our Presidential candidate would have been ignored with its puerile contents but it is expedient to set the record straight for the benefits of the public and our party members.

“Labour Party wishes to remind Festus Keyamo that Chapter IV of the Constitution of the federal republic of Nigeria on fundamental Rights section 33(1) states: “Every person has a right to life, and no one shall be deprived intentionally of his life, save in execution of the sentence of a court in respect of a criminal offence of which he has been found guilty in Nigeria.”