Due to social upheaval, terrorism, and war, Lagos, the commercial hub of Nigeria, has been named the second least liveable urban area in the world. 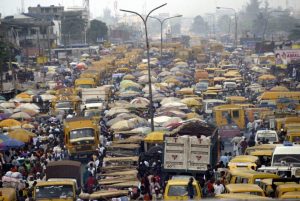 Lagos was ranked 171 out of 172 nations in the list of the most liveable cities in the world for the first quarter of 2022, according to the most recent 2022 Global Liveability Index.“The least liveable cities were Damascus in Syria, Lagos in Nigeria, Tripoli in Libya, Algiers in Algeria and Karachi in Pakistan, which scored 30.7, 32.2, 34.2, 37.0, and 37.5 respectively.

“The EIU further highlighted the top five most liveable cities in the world which are Vienna, Austria scoring 99. 1; Copenhagen, Denmark with 98.0; Zurich, Switzerland with 96.3; Calgary, Canada had 96.3 and Vancouver, Canada with 96.1. “However, most of the cities in the bottom ten have improved their scores compared with last year, as COVID-19 pandemic induced pressures,” EIU stated.

The EIU, which is a sister organization to The Economist, ranked 173 cities around the world on a variety of factors, including health care, crime rates, political stability, infrastructure, and access to green space.The EIU examines the quality of health care, education, infrastructure, stability, and culture when assessing the living conditions of each city.