According to Vanguard, Chief Sam Nkire, a member of the All Progressives Congress National Caucus, has urged the Federal Government to consider outlawing the Academic Staff Union of Universities because it is impeding the expansion of higher education in Nigeria. 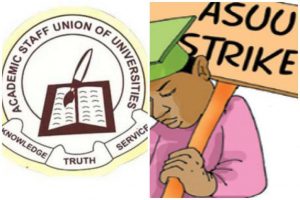 In a statement made available to Vanguard on Wednesday in Abuja, Nkire said that rather than being a partner in the growth of the Nigerian university system, ASUU had transformed itself over many decades into a tool for destruction through its regular strikes that had become ingrained.The APC Chieftain said “I believe our university system can run better without the disruption from ASUU which has turned itself into an employee intent on destroying the company”.

He added that all university staff came to work from various locations as individuals, adding that, “it is unacceptable for a group of individuals to gang up to determine whether and when Nigerians go to the university or not.

According to him, “it is the duty of the Federal Government not to allow ASUU or any other workers’ union to bring the government to it’s knees, cripple the economy and shut down the society.”

However, Nkire said he was not oblivious of most of the problems being encountered by the Universities and their teachers, but urged ASUU to put into account the challenges and numerous problems facing Nigeria and most countries in the world.

He advised ASUU and all other institutions which have embarked on any form of industrial action to consider the plight of their students and members and go back to work, adding, “ASUU has made it’s point and government and the people have heard them”.