A foam industry in Nodu market, Okpuno in Awka North Local Government Area of Anambra State was on Monday evening gutted by fire. 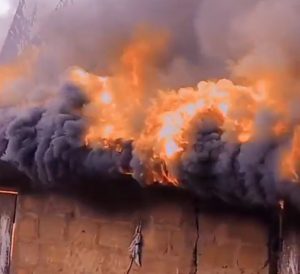 It was reported that the cause of the fire which broke out at about 5:39 pm is yet to be ascertained.

It was gathered that the fire started from a corner of the factory and spread due to the combustible nature of materials at the factory.

The incident reportedly caused panic around the area because of several gas refilling shops surrounding the vicinity.