According to President Muhammadu Buhari, his administration won’t use force to secure the release of the remaining passengers from the terrorist attack on the Abuja-Kaduna train. 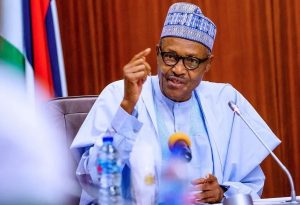 On Thursday, August 11, at a meeting with members of the victims’ relatives at the Presidential Villa in Abuja, Buhari stated they had considered all their options and determined that the best way to ensure that all the victims returned home safely was not to use force.

He also stated that the federal government is doing everything within its powers to ensure the safe return of the remaining captives.

“I have been informed that at last count, there remain about 31 people in the hands of the kidnappers, and our determination is to work towards returning these 31 people to their families.

“It is understandable that emotions typically run high, we have received several suggestions about the deployment of lethal military force in extracting those still being held in captivity.

“This option has indeed been considered and evaluated. However, the condition to guarantee a successful outcome and minimize potential collateral damage could not be assured and therefore that course of action had to be reluctantly discarded.

“My primary concern is to get everyone released safe and unhurt.

“Each one of them will be hunted and pursued and spoken to in the language that they understand.

“Judging by the available reports to me and news that have begun emerging in the last few days, I will say they (security operatives) have heard this instruction and are responding appropriately.

“In the past couple of days, you must have heard about the number of terrorists neutralized by the military, and number of hostages freed. These efforts will not stop, or reduce.”

Buhari also said that several actions had been taken by government to bring succour to the affected families and to prevent a recurrence in the country.