The Inter-Party Advisory Council (IPAC) Northern Chairmen Forum has denied reports that it endorsed the Presidential candidate of the All Progressives Congress (APC) for the 2023 general election. 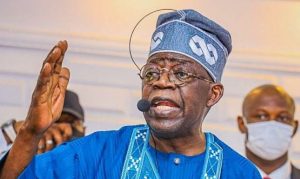 The forum’s disclaimer was contained in a statement Thursday, issued by its secretary, Mikaila Abubakar, who is also the IPAC chairman Kaduna state chapter, according to BluePrint Newspaper.

It said, “The attention of the northern IPAC chairmen forum has been drawn to the fraudulent activities of some people led by one Dr Ahmad Ahmad, using the names of our members and other political parties’ candidates across the 19 Northern states to garner support for the APC presidential candidate in the forthcoming elections,” IPAC said.

It said it was, ‘unimaginable,’ for it to have made such an endorsement.

“it should be made categorically clear to whoever is concerned that he has never met with Dr Ahmad Ahmad or any of his business partners anywhere anytime.

“Even if our Forum has the mandate to endorse or support any Presidential Candidate, we have about five better options among the opposition political parties that can effectively and energetically service Nigeria,” it said.

The Forum said it might decide legal action should Dr Ahmad not tender an unreserved apology.

“We demand an unreserved apology from Dr Ahmad Ahmad or a legal action will be taken against him,” it said.

The Forum called on those concerned to disregard any publication carrying the name of any of their members by Dr Ahmad and his partners.

“We shall not relent on voters’ education programs in the Northern states to ensure that Arewa gets it right in 2023,” it said.