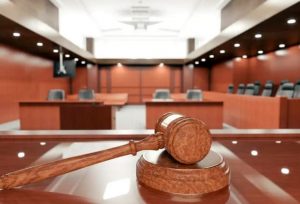 It was established in the court that the convicts were contracted by the elder brother of the deceased, to kill him (late brother) for refusing to give him their late father’s landed property, even as he promised to give them part of the land.

It was further established that the duo carried out the task successfully on November 19, 2016, by attacking the deceased with a matchet, hit his head before slitting his throat which led to his instantaneous death.

Delivering his judgement, Justice Okon Okon said the action was punishable by death under section 326 (1) of the Criminal Code, Cap 38, Volume 2, Laws of Akwa Ibom State 2000.

Justice Okon, who said the crime has “admissible evidence,” described it as gory, gruesome, deliberate and intentional,” adding that the evidence of the prosecution, including the statement by the wife and the son of the deceased and the confession of the accused persons, satisfied the essential elements of murder.

Citing the case of Muhammad vs State (2017) LPELR 42098 SC 23-26. Ukpong vs State (2019), LPELR 46427 SC, Justice Okon held that where the deceased as in the case in view was attacked with lethal or dead dealing weapon and died instantly, then medical evidence is not essential and the cause of death can properly be inferred that the wound inflicted caused the death.

He added that an accused person can be convicted solely on the basis of his confessional statement proven by the satisfaction of the Court.

He pronounced that, “The sentence of this Court upon you, Joseph Usen Etim and Christopher Sunday Macaulay is that, each of you, be hanged by the neck, until you be dead. May God have mercy on your soul.”