Two persons have been confirmed dead in a canoe accident in Dabi village, Ringim Local Government Area of Jigawa State. 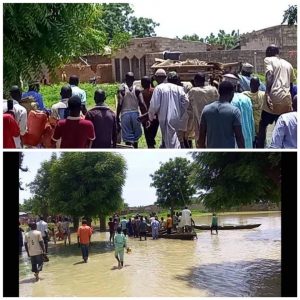 Spokesperson of the State Police Command, DSP Lawan Shiisu Adam, who confirmed the incident in a statement on Sunday, September 11, 2022, said five persons were rescued while six others are still missing.

The PPRO said the canoe was conveying thirteen passengers going for a condolence visit from Dabi to Sayango when it hit an object, broke down, and capsized at about 12pm on Sunday.

“Today 11th September 2022, at about 1240hrs, info at our disposal revealed that a particular canoe with about thirteen (13) occupants who are on transit from Dabi village toward Siyangu village all in Ringim LGA reportedly capsized,” the statement read.

“The victims were intended to pay a condolence visit. Upon receipt of the sad report, a team of Policemen rushed to the scene

“On the arrival, search and rescue mission was launched with the assistance of local divers, led to the recovery of seven (7) persons on the spot and were all rushed to General Hospital Ringim for medical attention.

“Two (2) out of the seven (7) occupants found were certified dead by Medical Doctor. They are:- One Bara’atu Garba ‘f’ age 30yrs, and Mahmud Surajo ‘m’ age 3yrs. Corpses were released to the relatives for burial

“The remaining five (5) persons are still receiving treatment while the other six (6) occupants are yet to be seen. An effort to search the remaining is on top gear.

“Preliminary investigation revealed that the canoe hit an object and broke down, as a result, all the occupants were drowned into the water.” 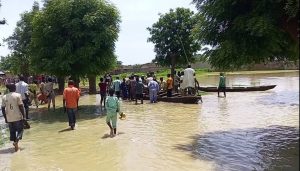 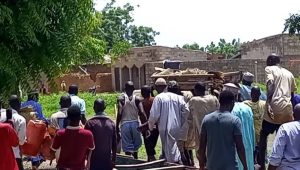 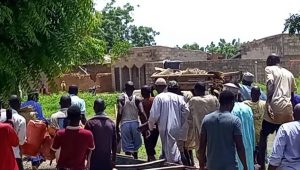