Seyi Tinubu, the son of the presidential candidate of the ruling All Progressive Congress, Bola Tinubu, has bagged chieftancy title in Anambra.

He was conferred with the Chieftaincy title of Nwannedinamba by the traditional ruler of the Mbaukwu kingdom, Igwe Peter Anukwui, in the State’s Awka South Local Government Area, on Tuesday, January 24, 2023.

While thanking the monarch for the honor, has urged Anambra State voters to vote for his father in the upcoming February 25 general elections. 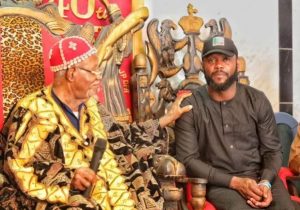