Davido’s babymama, Sophia Momodu has tendered an apology over a birthday wish she shared via her daughter, Imade Adeleke’s Instagram account. 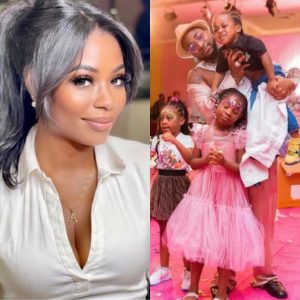 In the post, Davido was seen with his three kids — Imade, Hailey, and Ifeanyi, who, sadly, drowned less than a month ago.

Sophia has now released a post a day later, apologising.

She said that she understands some might consider the post insensitive but insists that was not her intention.