The staggering number of Nigerian children who are diagnosed with cancer every year has been revealed. 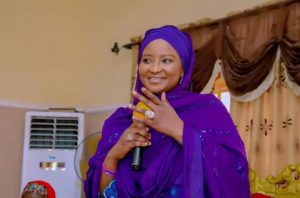 According to Daily Trust, about 40, 000 Nigerian children are diagnosed with different types of cancers every year, the founder of the Medicaid Cancer Foundation and first lady of Kebbi State, Zainab-Shinkafi Bagudu has said.

She stated this yesterday in Abuja at a roundtable organised by the foundation, to mark this year’s childhood cancer month.

She said about 80 percent of the cases in Nigeria and other low -income countries ended up in deaths unlike the high income countries where the cure rate of cancer in children was about 85 percent.

She said the number of diagnosed cases exceeded the estimated number because the cancer burden in the country and globally was under-documented.

She said it was under documented because of poor diagnosis and low index of suspicion from clinicians and parents.

She said the way forward on tackling childhood cancer in Nigeria included awareness creation, high index of suspicion by clinicians and for government to train more physicians in that field.

Dr Adewunmi Oyesakin, Head of Unit, Pediatrics Oncology, National Hospital, Abuja, said about 400, 000 to 500, 000 children are affected by childhood cancers annually with majority of them in developing countries and sub Saharan Africa.