A 6-year-old pupil, identified as Modadeoluwa has reportedly died at an Abuja school. 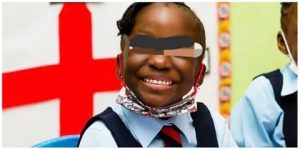 The family has now cried out over the death of their child.

The bereaved family alleged that the little girl was taking a swimming lesson on Wednesday, November 2, 2022, when the incident led to her death at Start Rite School in Abuja.

The family also alleged that the school authorities tried tampering with CCTV footage of the incident but they found a way to get evidence.

One David, who seemed to be a close relative of the deceased, claims the swimming instructor tossed the girl multiple times at the shallow end of the pool and she hit her head thereby suffering internal bleeding.

The family added that the school has refused to take responsibility for the incident but remained open and carried out their activities as if nothing happened.

David wrote: “My little cousin had a swim day at school apparently, the coach advised her to swim as far as possible and swim back, when she got back he tossed her multiple times in the air at the shallow side of the pool, she hit her head and had internal bleeding,

“Even with that, the coach was all the while pushing her in, we later requested the CCTV film and when we arrived, we saw them doctoring the tape. Presently the school is open like nothing happened and they aren’t assuming responsibility as well as misleading different guardians

Bobanure wrote: “On November 2nd 2022, my smart. Kind, beautiful 6-year-old cousine, Madade was killed by the negligence of the swimming instructor @sttartriteschool in Abuja.

“The school has refused to accept any culpability and have deleted the portion of the CCTV footage that shows what transpired in the pool. Please help us retweet and share until the school is held accountable.”