Human Rights Writers Association of Nigeria, HURIWA, on Tuesday urged President Muhammadu Buhari to resign right away if the job is tough for him. 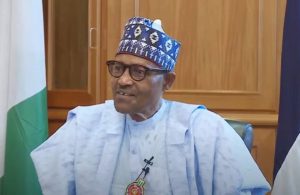 HURIWA said this in a statement while calling on Buhari to resign to minimize the damage his “crass incompetence’ would cost the country if he stayed on till May 29th, 2023. Reports have it that Buhari had, in a statement signed by his spokesman, Garba Shehu, described his seven years in office as “tough”.

The president, who said he was “eager to go”, disclosed this when he received some governors of the All Progressives Congress (APC), legislators, and political leaders at his residence in Daura, Katsina State, during the Eid-el-Kabir celebrations.

HURIWA’s statement partly read, “Following the admission by President Muhammadu Buhari that the Presidency is tough and that he is eager to go, a call has gone to President Muhammadu Buhari, from the Human Rights Writers Association of Nigeria to be honest enough to resign now to minimize the damage his crass incompetence and gross dereliction of duty would cost the Country if he stayed on till May 29th, 2023.”