In what will come across as a really shocking development, a 27-year-old man identified as Ojo Blessing Akinro and his wife, Mary, have died. 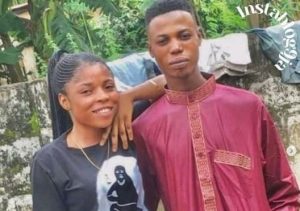 The couple’s demise has thoroughly shocked their neighbors.

According to a source, they were both found dead in their residence in Akure, Ondo State on Tuesday, November 23.

“He was last seen online on WhatsApp on Sunday, November 21 at 11pm. A missing report was filed at the police station and detectives broke into their flat to find out what was going on only to find the couple dead in their toilet.

“Apparently, their killers had murdered them and locked up them in the toilet. Their corpses have been deposited at the morgue,” a source said.