The paramount ruler of Ile-Ife, Oba Enitan Ogunwusi, Ojaja II, has given love a fourth chance as he welcomed his new wife, Mariam, into the palace. 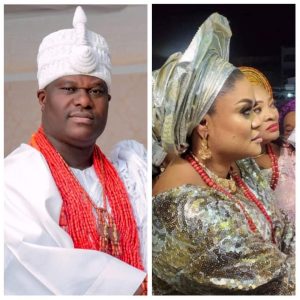 It was gathered that the monarch and his new bride tied the knot on Tuesday at the king’s palace.

Mariam would be the third bride the Ooni of Ife has married since his ascension to the throne on October 26, 2015. He received his staff of office on December 7, 2015.

Before ascending the throne, the monarch tied the knot with Adebukola Bombata. She is the Ooni of Ife’s recorded first wife. It was gathered that Bombata was against the Ooni’s decision to join the race for the throne.

The couple, however, split after the Ooni’s coronation. She reportedly moved to the United Kingdom after their separation. They were married for seven years.

In 2016, the Ooni of Ife gave love another shot as he got married to Zaynab Otiti Obanor from the ancient city of Benin. However, in 2017, Obanor filed for divorce from the monarch. The divorce was finalized that same year and the union did not produce any child.

Fast forward to 2018, the king found love in the bosom of a prophetess, Morenike Naomi Oluwaseyi.

The king and his prophetess bride tied the knot in 2018. In 2020, the palace shared the good news that the couple welcomed their first son together. But in a shocking move, in December 2021, the prophetess turned queen announced that she ended her marriage with the monarch via her social media account. 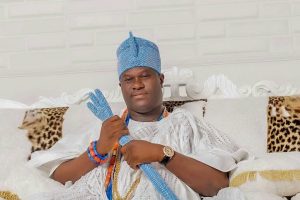 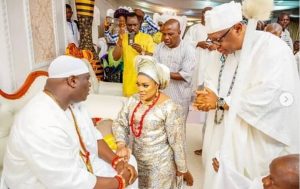 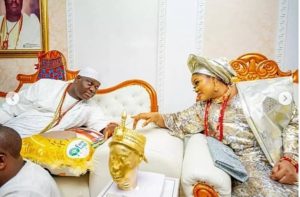 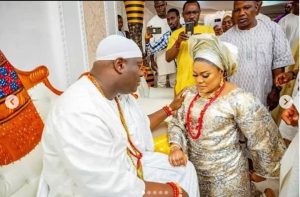