The Yoruba socio-political organization Afenifere has strongly condemned the unprovoked and unjustified killing of Deborah Samuel, a student at the Shehu Shagari College of Education in Sokoto State. 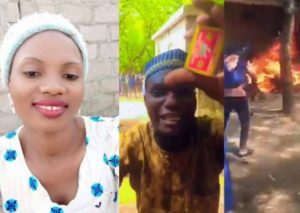 Deborah, a second-year college student, was killed on Thursday after an allegation that she had blasphemed Prophet Muhammad (SAW).

According to Afenifere’s National Publicity Secretary, Jare Ajayi, actions bordering on religious intolerance have been rampant, particularly in the north.

The Yoruba body observed that the failure of the state to take severe measures against the perpetrators of such acts was what was causing it to occur frequently.

Afenifere said, “This Deborah tragedy must be used as cue to put a permanent stop to faith-induced murder in our land.”

Afenifere commended Governor Aminu Tambuwal for terminating his meeting in Abuja and rushing to Sokoto over the incident.

It, however, called on the authorities to “go beyond platitudes by ensuring that all the perpetrators of the evil act are brought to book; and to take measures to prevent a recurrence of such incidents in our midst.”

It also warned that “no one can fight for God in such a bestial manner.”

“The best one could do is to preach, evangelise and spread the gospel and not to coerce or kill for the purpose of forcing others to embrace one’s own religion,” the Yoruba group added.