Kizz Daniel has opened up on the meaning of ‘buga’, his hit track that is still making waves globally. 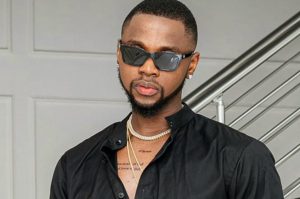 Recall that he teamed up with colleague, Tekno to make the song.

The song has since gone on to receive local and international acclaim.

He revealed the meaning of Buga in a recent interview with Lenard McKelvey aka Charlamagne Tha God and Angela Yee during “The Breakfast Club” morning show on Power 105.1 in New York.

According to him, Buga means unapologetically flaunting one’s success.

“Buga means to flaunt your success unapologetically. Just letting people know that you’ve worked so hard and you deserve to celebrate your success,” the 28-year-old artiste said.