Reverend Father Isaac Achi, the priest who was burnt to death by bandits in Niger State, has been laid to rest. 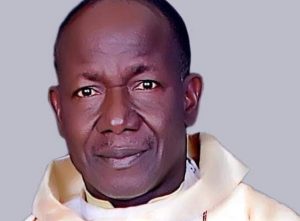 It was reported how gunmen who invaded his residence in Kaffin Koro, Paikoro Local Government Area of the state, and could not access his apartment, set the building on fire.

His death sparked outrage in the community, leading to the destruction of the Police Post in Kaffin Koro.

The deceased priest hailed from Kaffin Koro and was celebrated as the first indigenous Catholic priest from Gbagyi/Koro land.

He had survived multiple attacks, including the Christmas Day bombing in Madalla, still in Niger State, in 2011. 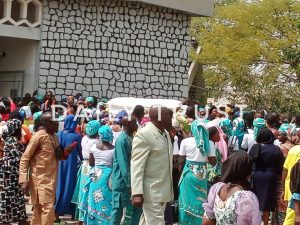