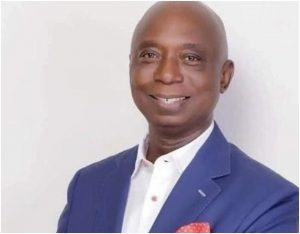 Reports had it that Nwoko attempted to wed the teenage star. It was alleged that Ned Nwoko is in talks with Emmanuella’s family over a marriage proposal list.

However, the husband of actress Regina Daniels, in a post on his Instagram page described the report as fake news,

When asked by a fan if he intends to marry Emmanuela, Ned who last week welcomed a son with Regina Daniels said that he has beautiful wives.

The fan with username, don.makas.165 had asked, “Ned, I hear say you wan marry Emmanuella. Is it true or false?”

Ned responded, ”I have beautiful wives.”

Another fan @jennifereverest24 asked, ”the news about you and Emmanuella, is it true?”

Ned responded, ”It is fake news.”