Omoze had to flee with her kids to come to London and is now in temporary accommodation. 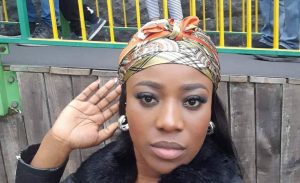 A mum-of-four who was forced to escape Nigeria with her children over fears for her safety is now using her voice to empower other women and young girls.

Omoze, 35, who is currently living in a hotel in Brent Cross while waiting to hear back from the Home Office on her asylum status, fled her home country after she was arrested for her sexuality.

Speaking to MyLondon, Omoze shared her own experiences that led her to where she is today: “I was born as an only child to parents in Southern Nigeria and did my primary and secondary education there too.

“While growing up as an only child living alone, I was sort of an introvert. But when I was 15-years-old while I was in year 11 I think, I started to realise my sexuality and I began to feel I was developing feelings towards girls, I found them attractive.”

She added: “There wasn’t a good access of information about sexuality as we weren’t educated about it and then I began to struggle as I didn’t have an understanding of what was happening to me, I felt so confused by my own feelings so it started to have negative impact on my wellbeing.

“My parents were religious and the church type and mum felt something was happening to me. They would lock me indoors, my mum thought I was behaving unusually – after that I went to uni and after uni I got married as my parents got me married early because they didn’t understand what was happening to me.
“I was struggling, I had kids with the man and he sent me out of his house after the kids as he felt he didn’t understand my behaviour. I was really scared of him so I couldn’t tell him anything. While I was with him we campaigned and got into politics and that’s when my interest started.”

Once Omoze says she had been forced to leave her husband with her children, moved to Lagos and got a job in real estate to support herself and her family. During her stay there, she met a woman and became involved in a relationship with her in 2014.

But her life changed when she says her and her then-partner were caught by room service at a hotel during a weekend out, and reported them to the police. The two were sent to police custody but released on bail. Omoze says she then had to escape with her kids and had a visa for the UK, before managing to flee to London and filed for asylum in January 2021.

Homosexuality is illegal in Nigeria and punishable by up to 14 years in prison in the conventional court system.

“We moved to London in December 2020 and you can’t work when you seek asylum so I joined an organisation called Say It Loud Club which is for the LGBT community, they were helpful. To younger girls I want to say that whatever you are, even when you try to hide for too long, it’s still going to come out as it can never stay inside of you – who you are is who you are.

“I would like to study and go into real estate and politics, women are emotional and we have sympathy and I believe women in politics can help other women.”

Omoze has just graduated from the Sanctuary in Politics course, and hopes to become a local councillor with the City of Sanctuary UK. She hopes to help others.