Adunni Oluwole was a Unitarist, and anti-independence activist. Adunni, a small, almost fragile woman, was one of Nigeria’s most colorful female leaders in the decade prior to independence. Adunni did not think Nigeria was ready to attain independence in 1956 when a date in that year was proposed, and she worked to prolong the British stay. 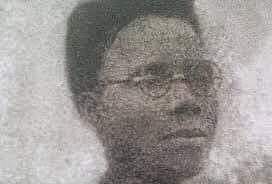 Adunni was born in 1905 into the family of an Ibadan warrior to whom her fearlessness is usually credited. Her early early years were spent with Bishop Howells, the vicar of St. John’s church Aroloya, Lagos, and she grew up in Mushin, a difficult child. As a youth, she wrote a very successful play for the Girl’s Guild of St. John’s Church in Lagos, that was directed by the Nigerian nationalist, Herbert Macaulay. She later became the only female founder of a professional theater company in the West of Nigeria.

During the workers’ general strike of 1945, when the colonial government stopped their salaries, Adunni mobilized women in support of the workers and gave money to the workers’ Union for coping strategy. In the same year, she founded a party that had men as its great majority and won a seat in Ikirun, Osun North of the Western Region in the 1954 House of Representatives regional election, defeating bigger parties such as the NCNC and the Action Group of Dr. Nnamdi Azikwe and Chief Obafemi Awolowo respectively.

The Nigerian Commoner’s Party that she formed opposed the rapid transfer of power to Nigerians at the price of ‘dictatorship’ of some over the others. With this shocking view she gained instant fame, and her message resonated well among the rural people who were already complaining about heavy taxation they came to be known among Yoruba-speaking groups as “Egbe Koyinbo Mailo” which translates to “The White Man Must Not Go”. The group did not stay around for long due to inadequate funding afte her death.

On 25th August, 1955, Adunni carried her campaign to the palace of the Olubadan who invited chiefs and men of affairs to witness her submission. There, she was accosted by Ibadan politician, Adelabu Adegoke, who called her harlot and threatened to hit her with broom sticks. After her banishment from Ibadan, Adunni took her message to Akure where she tied ropes round her waist and had two strong men who she had hired to pull her through the streets. She will then make speeches denouncing the Nigerian political class who she claimed, will become cheaters of common people that she symbolized. She died of whitlow in 1957

Her stance looked reactionary at the time but events in our country 60 years after the so-called independence show clearly that Adunni saw what this country would become in the hands of internal colonialists after the departure of the British. She was our own Nostradamus. She probably died before 1960 so that her eyes would not behold evil.