Famous veteran entertainer and leading advocate for the emancipation of the Nigerian youths, Charles Oputa, otherwise known as Charly Boy has said he’s not bothered about people who try to paint him as a tribalist for standing up for the common good of Nigerians ahead of the 2023 general election. 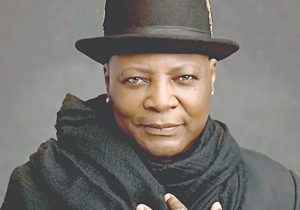 Charly Boy, also known as Area Father, has been in the eye of the storm and endured criticisms for his seeming support for the presidential ambition of Labour Party presidential candidate, Peter Obi, who is also being backed by many entertainers from the South East and South-South zones of the country.

Days back, Charly Boy was dragged by a section of social media users who asked him to stop promoting tribal narrative while promoting his candidate for the 2023 presidential election. But the maverick entertainer hit back at them saying he would not back down even if many people misrepresent or twist the narrative.

The septuagenarian while speaking with R about his reaction to the mounting criticisms against his stance insisted that he understands how people are quick to judge when their sentiment does not align with others, saying “You will always find a few good people and many bad people.”

He added that he always laughs it off when people try their best to “paint me as a tribalist, especially my bad and ignorant brothers. The truth is that I am not responsible for your lack of understanding or twisting what I say so it can fit your twisted narrative. I really don’t care about what mumu think anymore.”

Charly Boy stated further that the survival of Nigeria should be the responsibility of every right-thinking Nigerian as this is not based on ethnicity or religiosity but a fight between good and bad; a fight between the criminally rich and frustrated poor.