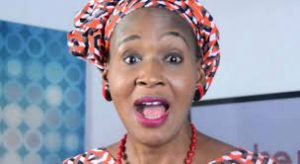 The woman shared old tweets, accusing the singer of disrespecting her.

Olunloyo’s latest attack comes at a time the singer is mourning the loss of his son, Ifeanyi.

The outburst from Kemi Oluloyo follows the release of a DocuSeries in which she asserted that the Adeleke Family was the victim of a generational curse, which was the cause of Davido’s loved ones passing away all around him.

Kemi Olunloyo claimed in a post that was seen on her Instagram page that she still harbours resentment for Davio for treating her disrespectfully and using profane language toward her in the past.

IT TOOK A VILLAGE TO RAISE DAVIDO

Nobody knows the hurt of being disgraced in front of 7M on Twitter. It is now 4 years. I can’t let go. I changed your diapers and fed you and 27 yrs later I’m a cheap drug user, mad woman, and should go oil my pussy. I haven’t seen David since his mom’s funeral at 10yo.”

“Davido’s fans don’t know my feeling. Many wonder what he’s done to me for years and thought I was just obsessed with him. Now you know. Will you let one big rich musician talk to your mother like that? NO. But it’s OK for Madam Kemi Olunloyo?

October 20th is a day I will never forget. He can’t forget either. 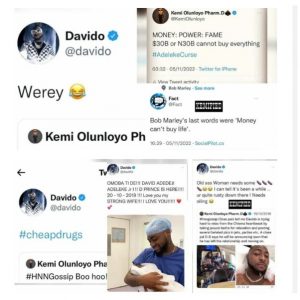