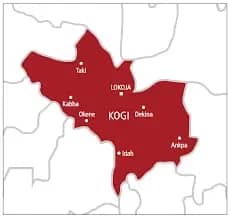 An eyewitness said the gunmen invaded a compound where the children live and started shooting into the air to scare neighbors before they abducted the children aged 5, 7, and 10.

A family source, who spoke to Nigerian Tribune, said the gunmen contacted the family of the victims on Thursday afternoon, demanding N100 million ransom.

“The gunmen invaded the house of Mr. Kadiri, our brother who sells television, radio, and other electronic devices. They shot repeatedly to scare people from coming close. When they could not see their target victim (Kadiri), they decided to abduct three of his children,” the source said.

“The kidnappers contacted some of our family members and they are demanding N100m. Where on earth can we raise such an amount of money?

“Here in Ajaokuta, we can no longer sleep with our two eyes close. There is armed robbery and kidnapping everywhere. Things are already falling apart. Nowhere is safe again.” he added.