Fourteen individuals, including five youngsters, were killed in an awful engine mishap along Anyingba-Ajaokuta street in Kogi State on Thursday, January 14. 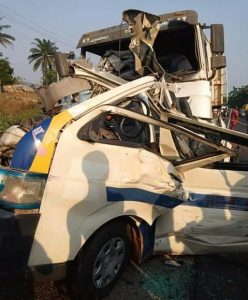 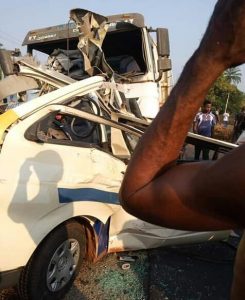 The State Sector Commander of the Federal Road Safety Corps ( FRSC) Solomon Aghure, who affirmed the development to newsmen in Lokoja on Friday, said three vehicles, two trucks, and a traveler transport, were associated with the mishap.

Aghure said the trucks belonging to Dangote and a transport with the engraving, Bright Mass Transit, was going on a similar path towards Anyingba when one of the trucks unexpectedly hit the traveler transport from behind and the transport, because of the effect, likewise hit the truck in its front. 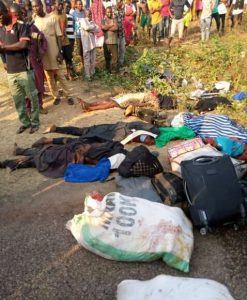 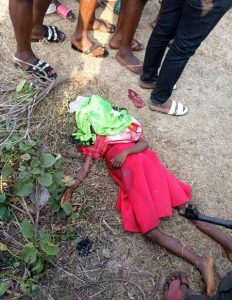 Aghure said the transport was caught in the middle of the two trucks with all the travelers before his men showed up the scene to do save the activity, which went on for quite a long time.

He said that 14 out of the 23 people associated with the mishap passed on the spot, while nine others supported different levels of injury.

The Sector Commander further clarified that three men, one lady, and five kids, including two male youngsters and three female kids were fortunate as they endure the mishap for certain wounds.

He said the harmed were taken to Holley Memorial Hospital, Ochadamu for treatment while the bodies were saved at the mortuary of Grimard Hospital, Anyingba.

Aghure ascribed the mishap to conceivable break disappointment concerning the truck that hit the transport from behind however said further examination would be completed to decide its real reason.