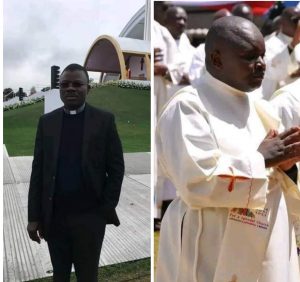 He was docked before an Ekiti Magistrate Court over alleged flagrant violation of physical development laws, rules and regulations.

The pastor was also accused of engaging in acts that constituted noise pollution.

The Ministry of Housing and Urban Development had during its routine inspection and enforcement exercise on June 16, 2022, allegedly observed an illegal construction of a building suspected to be a church and served enforcement notice on the said property.

Upon the pastor’s arraignment, the presiding Magistrate, Bunmi Bamidele of an Ado Ekiti Chief Magistrate Court ordered that no further construction be carried out on the premises until the suit is determined by the court.

The court noted that the pastor’s bail would be revoked if he disobeyed the order of the court pending the determination of the case.

Commenting on the development, the Permanent Secretary in the Ministry, Engr. Adeola Johnson said Ekiti State Government would not relent in its effort at ensuring absolute compliance with extant laws, rules and regulations of physical development.

He said the development would not only ensure sanity in the whole process, but as a deterrent to others.