The deceased Deborah Samuel, a student at Shehu Shagari College of Education in Sokoto who was burned to death on Thursday for alleged blasphemy, has arrived in Tunga Magajiya in Niger State’s Rijau local government area. 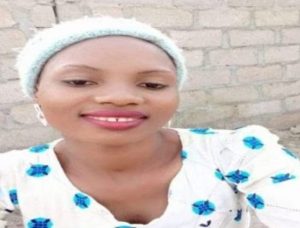 Deborah’s mother, according to GIOTV, has been unconscious since learning of her daughter’s death, while her father has been inconsolable.

The family is meeting to decide how the funeral will be held.

GIOTV learned that while the body was being transported to Niger State, the Sokoto State Government requested that it be returned because the body had become government property.

Pastor Emmanuel Maaji, who is in charge of the 1st ECWA in Tunga Magajiya, confirmed the family’s desire to bury her on Saturday.

He stated that the family is dissatisfied with the way the government is handling the situation.

He revealed that Deborah’s body was transported in a chartered bus, and that the driver returned to Sokoto immediately after dropping off the body.

Deborah had been living with family members in Sokoto since her primary school days, he said, lamenting her death.

The brother of Deborah’s father said that he will speak to The Nation later as they are planning the burial and holding meetings.

The CAN Coordinator of Rijau Local Government area, Reverend Danjuma Doma, confirmed the family and church were preparing for the burial.

“We are preparing for the burial. She will be buried today. We are all here to give the family support. We will update you on the situation as it goes,” he informed.