A 25-year-old man has shocked the world after disclosing his plans to marry his 85-year-old girlfriend. 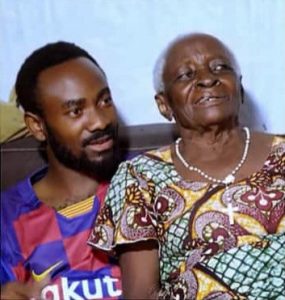 Muima met his older lover Thereza when he was looking for a house to rent while he furthered his studies.

He and his colleagues found themselves at Thereza’s house in Kenya and they paid rent and moved in.

Muima and Thereza became friends and she used to jokingly call him her husband, which he took lightly, but as time went by, both started falling in love.

Muima told Afrimax English: “The way she behaved and treated (me) pushed me to love her and though she is an old woman and in reality, she could be my grandmother but I love her.”

He recounted a day his colleague was away, and he was hungry and had no food in his rental house. The woman brought him some food and served him with so much care before asking for a kiss, and he obliged.

Their bond grew stronger afterward and the couple spent time playing, lifting one another, and traveling despite Thereza’s age.

“This is my choice. This is my happiness, as anyone else has theirs. Before pleasing others, first, please yourself and decide not based on anyone else’s opinions,” Muima told Afrimax English.

Thereza has grandchildren older than Muima, but she is not ashamed of being in a relationship with him.

She said: “I have eight children and 20 grandchildren. According to my boyfriend’s age, he could be my fifth grandchild. He loves me and I love him. I am ready to put on the wedding dress and ring.”

Muima is even ready to pay the bride price of 12 cows which his girlfriend’s children have asked for.

He said he has found love with the granny after being in many dramatic relationships, which were draining.

“I’ll never choose any girl over this one. I pray she won’t die before me, “Muima added.

Thereza doesn’t rule out the chances of raising a family with her young boyfriend. She said there are examples in the Bible of old women who gave birth and that gives her hope. 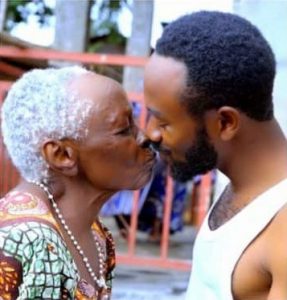 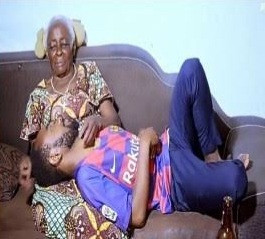