An Assistant Inspector General (AIG) of Police, Yunana Babas is dead.  Babas who was responsible for Zone 8, passed on scarcely 3 days after another AIG Omololu Bishi kicked the bucket. 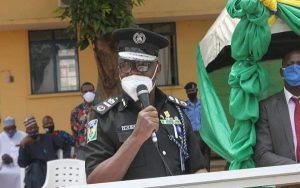 Governor AbdulRazaq AbdulRahman of Kwara state who sympathized with the police specialists over the demise of the AIG portrayed him as a wonderful respectable man and a committed official.

“I got the information on the passing of AIG Yunana Babas with stun and misery. It is one misfortune too much.

“For the individuals and Government of Kwara State, I mourn with the whole police family, particularly the Inspector General of Police and the close group of the top official, on this overwhelming turn of events.

“The late official is a fine refined man, a loyalist, and an expert cop who was exceptionally energetic about his obligation to his mother country. I review the brave jobs the late official played in some new security improvements in the zone.”