Barely five days after bandits gunned down a herder, Ado Mamman, at a Fulani settlement in Pai community in Kwali area council, another herdsman, Isah Muhammadu, has been shot dead. 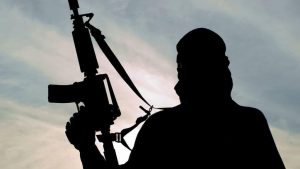 Muhammadu was killed at Rafin-Zurfi community in Gwagwalada area council of Abuja.

A resident of Rafin-Zurfi, Yahaya Awwalu, said the incident happened in the early hours of Thursday.

He said bandits wielding sophisticated weapons attacked the Fulani settlement when its occupant was asleep.

He said after the gunmen killed the 20-year-old herder, they fled without abducting anyone.

“The Fulani settlement is not that far from the nearby village. The bandits just came and opened fire,” he said.

The secretary of Gwagwalada area council branch of the Miyyetti Allah Cattle Breeders Association of Nigeria (MACBAN), Mohammed Usman, confirmed the killing in a telephone conversation with our reporter.

He said they invaded the settlement at about 12:am on Thursday.

“And it was even on my arrival at the village after I received the distress call that I learned that the bandits actually missed their target and wrongly killed another herder, while their main target escaped,” he said.

He said the deceased who was a visitor had been buried, adding that he had gone to the Gwagwalada police area command to lodge a formal complaint about the incident.

The spokesman of the Federal Capital Territory (FCT) police command, had not commented on the incident as of press time as she neither replied to her message nor answered calls.